Maia Chaney, a Winlock graduate who gave back 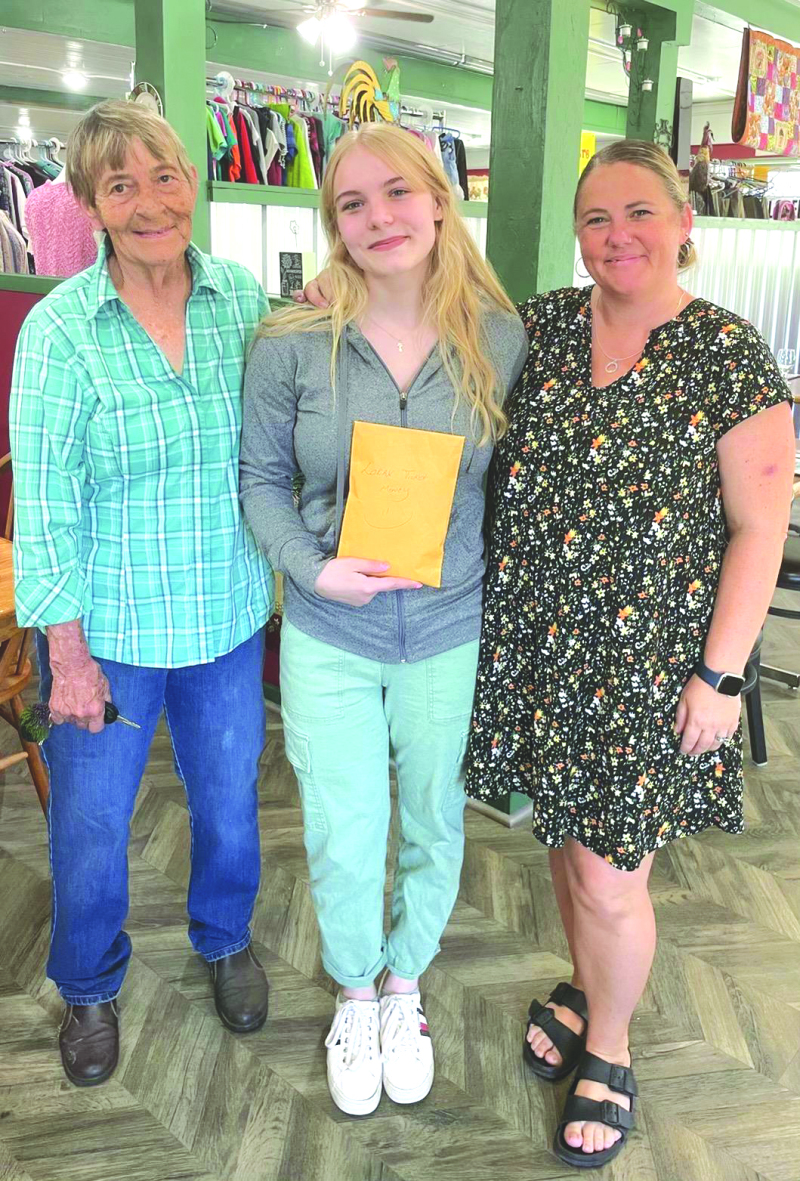 Maia Chaney is a 2021 graduate of Winlock High School and during the summer she put on a play called Lorax. She is a go-getter, who wanted to do something to give back to her community and she did in more than just one way.

Maia was never one to just do nothing, she felt she had to do something her senior year, she stated, "During the first few months of my senior year I had started to feel restless and like I was at a standstill. I wasn't sure what to do or where to start, and then I volunteered at the food bank around Thanksgiving time. I remember my initial impressions of the people who came in and the ones working there. I realized then that this was something I wanted to do more of, listening to people's stories and helping in any way I could."

As a volunteer at the food bank, she has met many people. She wasn't doing this for herself, she was doing this for the community. She continued, "I had seen many articles describing the Winlock-Vader Food Banks money struggles this year and I wanted to do more. After listening to countless community members tell me of their early dreams in the arts, I decided that there had to be some way to help not only bring art back to the town, but also use that art to benefit the people who need it most. This gave students the opportunity to gain experience and add that experience to their resumes for future opportunities. It's also a great way to bring expression and dedication back into everyone's lives at the high school; we've definitely felt a change within our music programs- so it's nice to bring the community together again in the name of performance." Giving students experience before heading to college or a trade was important to Maia.

Maia had a huge role to play, showing others what her vision was. She had her favorite part, she continued, "My favorite part of it all was BY FAR becoming so close with everyone on the team. So much connection came out of the countless rehearsal hours spent laughing and brainstorming together. I had no idea how much happiness this random mix of people could bring me."

Maia's goal is to come back and do another play, but if she can't there are some who may keep the progress going. She stated, "I hope to come back and be able to join in on more theater adventures, but I do know of a group of extremely dedicated people who are looking to make the 'Egg City Players' a reality!"

It takes more than a couple of people to put on a play, they had the volunteers to put on this production. She continued, "We had so many people work on this play-- at least 20 or more. As for our cast, many of which helped with everything else, there were about 10 of us. We donated this money to give back to the community. Every piece of this project was created so that everyone benefited from it. That was the main goal-- on top of reaching $1000 of donation money to be given to the food bank. Donating the $1000 to the food bank was part of the plan from the beginning." She definitely made an impact.

This was a fun event for her and also her friends who graduated this year. She stated, "I, and most of my peers involved, graduated from Winlock this year. We are all brand new adults who enjoy having fun and the humor that comes with our friendship -- but we're also the kindest group of kids there is. We did this together to have fun and to at least leave a small legacy of our own."

Maia had a lot of help along the way from others in the community. She expressed, "I want to stress that this was all done out of the kindness of our hearts and excitement for something bigger than ourselves. It was not a project through the school or any other association. It was a group of community members brought together by their shared devotion to service and theater of course." She is very appreciative of all who helped her. She is not one to take credit for herself, she is all about community.

Maia is off to college at Eastern Washington University now, she is rooming with another local graduate Addison Hall. The spirit of growing up in the small town has accompanied her to Eastern and no doubt it will be for the remainder of her life. Hats off to a young lady who did so much for the community.

Maia wanted to thank the people who participated in her play, she stated, "People like Megan Schwarz, Ryan Gaylor, Eric Contreras, and Jodie Curtis -- who have been giving to the surrounding communities for years without falter. People like Taylor Ruiz, Neal Patching, Maggie Maddox, Mekhi Morlin, and Tae Meziere -- who are unbelievably talented in each of their own ways, and have paved the road for the generations to come after them. People like Josalynn Shepardson and her little family -- who had other obligations before the show and still made the most of every day they could (and always added humor to our rehearsals). People like Reese Roberts, The Gaylor Family, Raen Yarbrough, Addison Hall, Kindyl Kelly, and Tallen Lofberg-- Who didn't hesitate in lending a hand where it was needed. People like Alicia Meehan, Dracy McCoy, Angela Tover, Stephanie Skoglund, Mr. Karl Scarborough, and so many more who provided materials, advice, and really anything they could to contribute."

It was a community event that ended up helping the community come together, providing entertainment and funds to the local food bank. Winlock was the recipient of the biggest gift, community spirit that accompanied this play.