Memorial Day means a great deal more than neighborhood cookouts and unbeatable discounts at shopping centers. We are meant to observe the service and sacrifices of those who have fought in our military, and the volunteers with the Veterans Memorial Museum in Chehalis are dedicated to extending that opportunity to all residents at all times of the year.

Founded by Lee Grimes in 1997, the museum operates under the slogan “They Shall Not Be Forgotten,” and displays artifacts and biographies dating as far back as the American Revolution. All exhibits are made up of donations given by veterans and their relatives and include weapons, uniforms, medical supplies, letters, photographs and medals.

Wayne Bier, a museum volunteer and docent (a teacher or storyteller), says guests should expect to spend at least a few hours at the museum of they wish to take in all the exhibits, which change from time to time as artifacts are rotated in and out of storage. Bier said museum organizers expected to have plenty of room for donations when their current building was completed in 2005, but said their storage area is now almost full and donations continue to come in.

One such donation has come from Toledo residents Keith and Judy Kammerzell, who donated a diorama of a WWII battle in which a soldier shoots down a Messerschmitt to prevent it from bombing the rest of his unit. Keith Kammerzell said the piece is significant not only because it represents an actual encounter on the battlefield, but was built by the very soldier who took down the Messerschmitt—Gale Driscoll, of Portland.

He added he was inspired to donate the diorama after seeing a much larger one at the museum depicting the Battle of Iwo Jima, which sits in the museum’s library.

Whether hoping to observe Memorial Day or wishing to learn more about local military legacies, the Veterans Memorial Museum is open to the curious, the reverent and the hopeful warrior, all of whom are encouraged to take their time to remember those who may otherwise be forgotten.

The museum is open 10 a.m to 5 p.m. Tuesdays through Saturdays, as well as 1 to 5 p.m. Sundays between June 1 and Labor Day. Admission is $6 for adults, $5 for seniors and veterans, $6 for students and children 18 and younger, and free for museum members and active-duty service members. For more information, go to www.veteransmuseum.org, call (360) 740-8875 or visit their location at 100 SW Veterans Way in Chehalis. 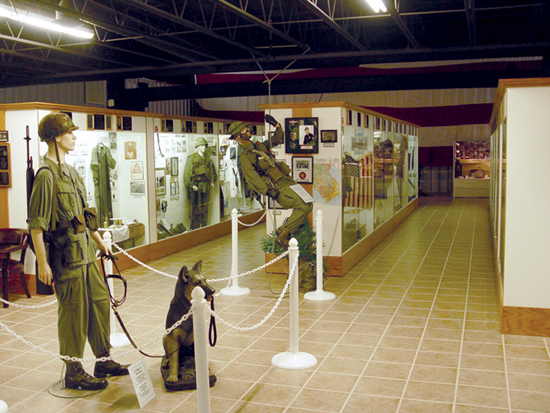 The main exhibit hall of the Veterans Memorial Museum, in Chehalis, is lined with rows of artifacts dating back to the American Revolution and as current as the recent conflicts in Iraq and Afghanistan. Items on display change from time to time as there is only so much space for the museum’s growing collection. 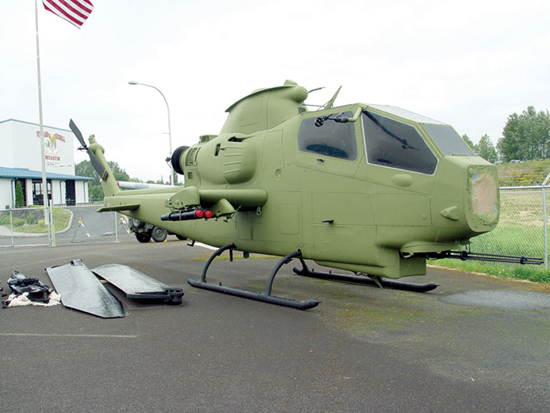 A decommissioned Bell AH-1 Cobra helicopter acquired last week by the museum as part of its growing collection of artifacts. The helicopter is expected to be assembled and ready for display by next month and will be kept with other large relics outside. 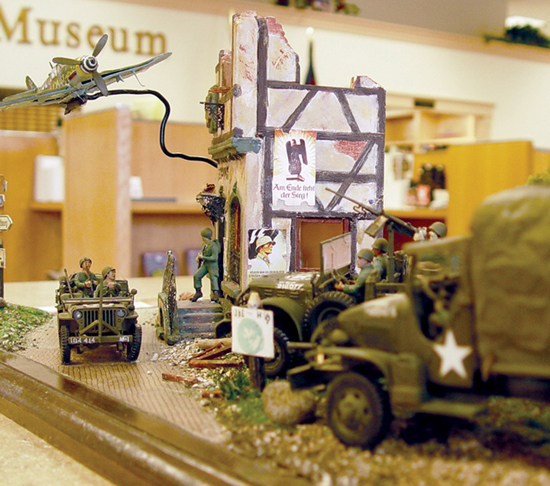 A diorama built by Portland resident Gale Driscoll depicting his takedown of a Messerschmitt in Germany during WWII. The diorama had been in the care of Keith and Judy Kammerzell, of Toledo, who recently donated the piece to the museum. 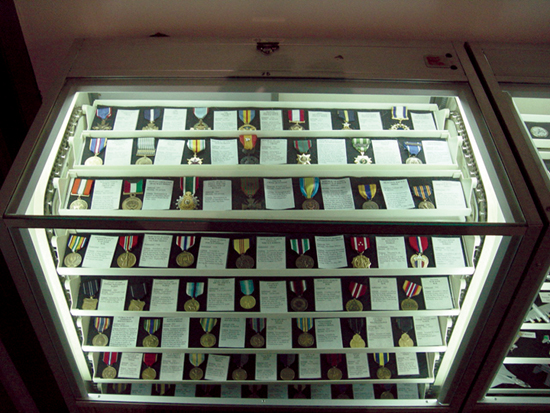 A display case of medals from throughout American military history representing nearly every distinction and its history. Elsewhere in the museum, in displays associated with the recipient, the museum does have Congressional Medals of Honor. 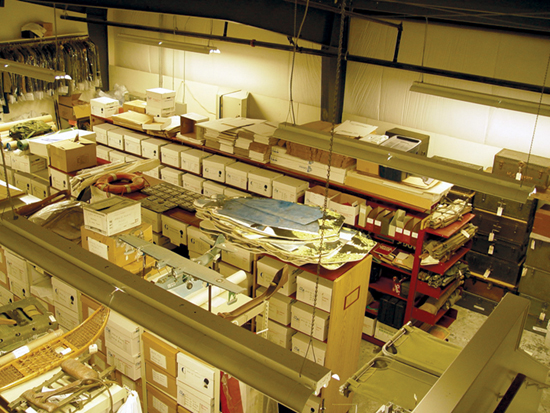 Part of the storage area used by museum staff to preserve and maintain artifacts not on display. When the current structure was completed in 2007, organizers said the did not expect to fill the room so quickly, but local residents have been very generous with donations.