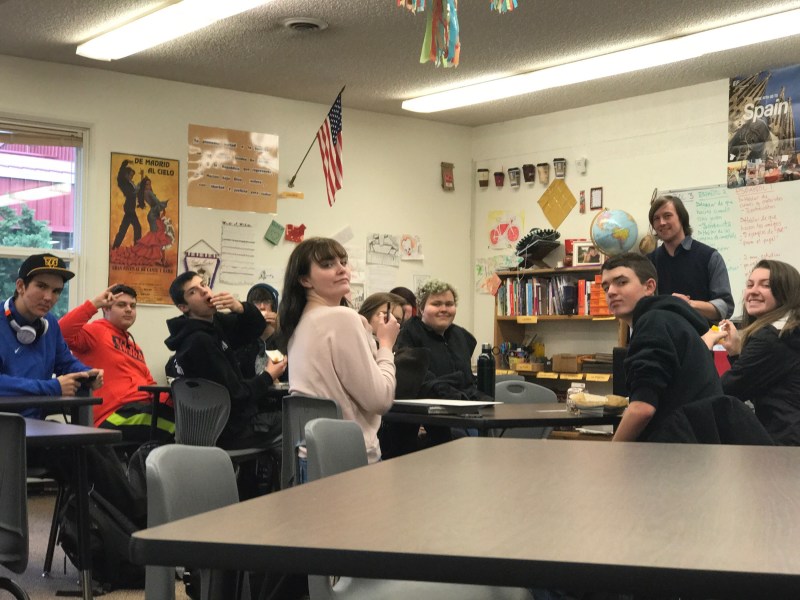 Knowledge Bowl is a highly underrated club. It is a competitive club involving factual information and memory. There are written exams and a couple rounds of orally read questions.

The Napavine Knowledge Bowl teams were able to compete against other schools in a previous meet. The meet was on Nov. 13. The A Team placed 5th in their bracket. The C Team were placed 2nd in their bracket. Their hard work preparing them for such a meet, had payed off.

The teams started the day out nervous and weary as there were only enough people to create two teams. It was also their first meet. Napavine teams believed however, the experience would be able to teach them the ins and outs of Knowledge Bowl.

Keyana McCain stated, "We were discouraged but it went significantly better than what we expected." There was doubt in the A Team's original plans to score points but as they followed their plan through, hope was found.

Every Tuesday, Wednesday and Thursday the club meets up to practice. Many members have been working on advancing their skills through lots of practicing.

Since Knowledge Bowl is highly competitive it is not only important to know the answer but to answer first. Quick reaction skills and thinking are necessities.

The Napavine teams are very humble however, and claim they owe their skills to their coach. Mr. Larson, takes time out of his own lunch break to teach and work with the students. He is notable for his patience and flexibility for any sudden changes. Any skill the students have learned can be credited to Mr. Larson. Many kids look up to Larson due to his strong leadership but positive attitude.

The next meet will be Dec. 11 and the teams will be fully prepared to compete once again.