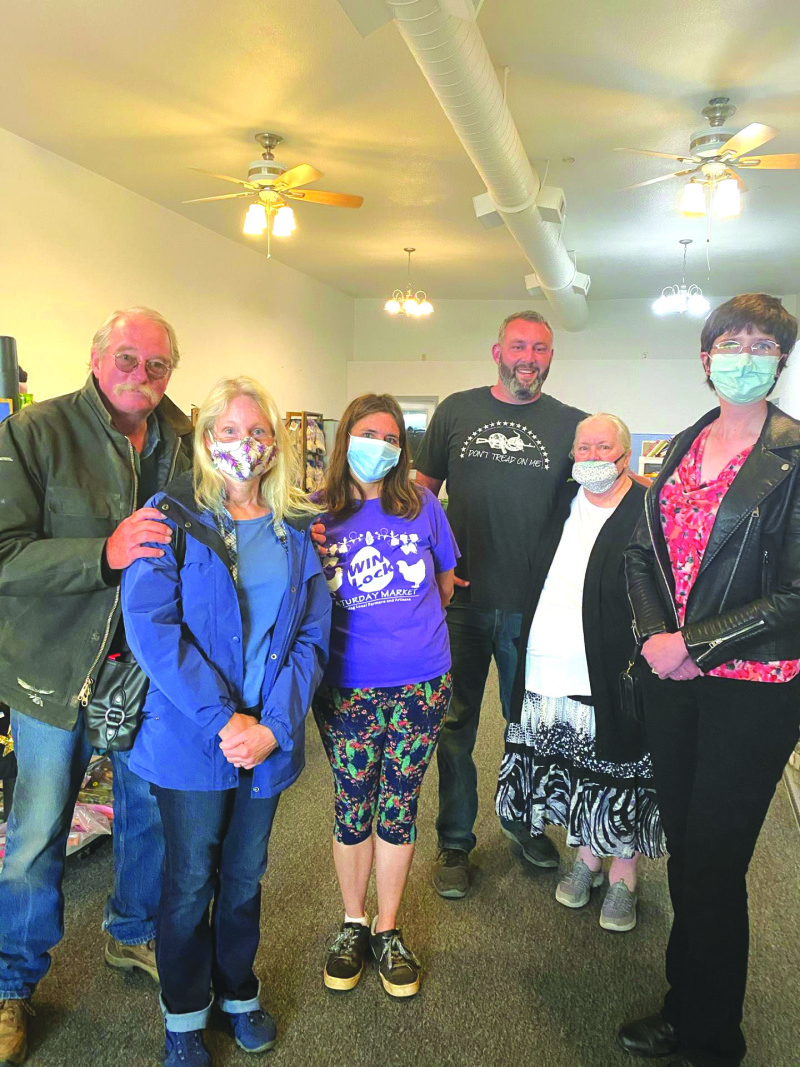 The Winlock Saturday Market went off without a hitch and brought a lot of good memories to many. The market is now open for the year and they hope to have it open year round from now on.

The Saturday Market was opened by new Mayor Brandon Swenson, while members of the community looked on. It was also the opening of the former Pastime Tavern which is now owned by Roy Richards.

The market is located indoors for the first time, with hopes of attracting people downtown. There were vendors for plants, baked goods, homemade jams and jellies along with many different homemade items. Next week, they will have a few more vendors including the Tamale Lady that everyone loves. Market Chairwoman Bonita Aadland stated, "It was the first week. We are looking forward to many more weeks. More vendors will be joining us next week, if you are interested, please don't hesitate to give me a call at (360) 785-4452."

The opening of Roy Richards museum was a highlight. Seeing old patron's who had had a drink or two there over the years were reminiscing. Roy was behind the counter offering a soda for those who entered. He has done such a fabulous job on his new venue that it brought a lot of joy to many who have wanted to see downtown Winlock restored. We hope that Roy has inspired many others to do the same.

The only problem that arose was people did not know where to park. There is parking in the Timberland Bank lot and also behind the bank. There is also more parking on SE First and Walnut. There is ample parking around downtown, we just need to let everyone know where.

We hope to see everyone next week at the Winlock Saturday Market.