The buzz about Pokemon Go; and what NOT to do 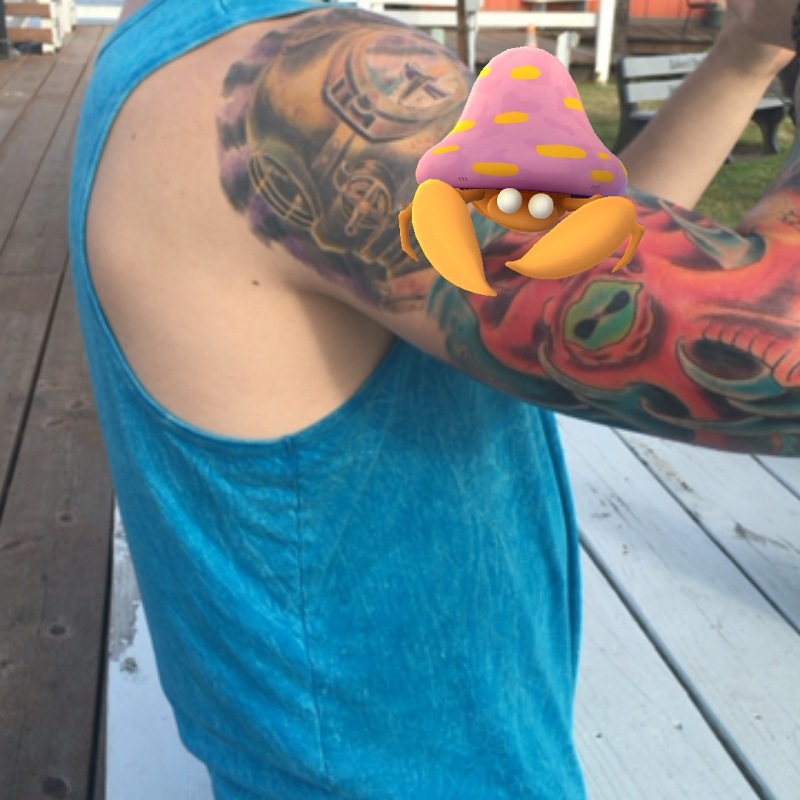 Pictured is a small crab-like Pokemon, perched on a players arm. Players have the ability to see the Pokemon that they have tracked down in the real-world through their phone, the game does this by imposing the Pokemon onto the image that the phone's came

One may have noticed the increase in people out on the street, looking down at their cell phones. This increase is credited to the launch of a brand new game called Pokemon Go on July 6. Pokemon has been around since 1995, and is a product of Nintendo Co., Ltd, but has tailored a new kind of game for the new generation. Pokemon Go contrasts the old games that were played on mobile gaming systems instead opting for your GPS-enabled cell phone, forcing it's users to go out into the real world and explore it in order to find and collect more "Pokemon." The game places these Pokemon throughout the real world on a GPS map on your phone, which you can then go and walk to in order to initiate a mini-game that involves launching a ball on the screen with a flick of the finger to "throw" the ball across the screen at a pokemon that also appears on the screen. Pokemon Go far surpasses many other popular apps in average usage such as Snapchat, among other high-profile apps, and is even poised to surpass the amount of daily active users that Twitter, the popular social media site commands, and Nintendo has added $7.5 billion to its market value since the game has launched.

The game has created a social craze. In the game people can set up locations that are beneficial for all players to be at for a period of time. These spots have created gatherings where random players will end up meeting, possibly even bantering about which team they're fighting for within the game or exchanging information on a location of a certain Pokemon. The game drags the player to certain points that are set points that will always be around in the game called "Pokestops" where players stop by a real-world landmark such as a steal statue or a memorial plaque, which is also pictured on the map in-game, to collect in-game items.

With this surge of millennials taking to the streets to play this immersive real-world game, a number of concerns have been called into question, and some particularly peculiar situations have arisen due to the publicity that playing Pokemon Go ends up netting its players. A slew of Pokemon Go related crimes and robberies have been reported, including an instance of graffiti at a park in Washington D.C.

Here is a list of what not to do while playing Pokemon Go. If you know someone that plays the game and are concerned for them, just suggest a few things that might help them stay safe:

Try to remain in the real world, the game even warns the player to stay aware of their surroundings and it's a common story to hear of a player walking into a sign or a wall.

Try to remain aware that you are in the appropriate areas, the game does not discriminate between where certain age demographics should be going or if an area is restricted for any reason, and a player could get himself into trouble depending on where they're going.

Try not to act on impulse, the game alerts you to pokemon in the area so try to refrain from jolting into a sprint in the direction of the pokemon, as it is exciting, the direction you sprinted towards could lead to danger.

If the landmarked location is a residence, be courteous, many of the locations placed by Pokemon Go were placed without the approval of the property manager or homeowner and so it may be unpleasant for those who call the location home to host players.

In busy areas, be mindful of where you walk even as you discover new pokemon, wait for an opportune moment to step aside and catch the thing, instead of stopping in place and blocking the people behind you, possible even making them bump into you.

Try to have good manners and be friendly, and do not be intrusive to others you suspect of playing the same game.