The Doors are open at the Renegade Rooster

The Renegade Rooster is not your typical tourist business. There are no signs showing the regular hours of this unique museum just outside of Downtown Winlock.

"As long as I am here, it is open," says owner and curator Roy Richards.  The museum is a one-of-a-kind private collection of Winlock-area historical artifacts.  Richards started the collection in 1994 and it has grown to the point where he and his late wife Linda needed to build an entire outbuilding to house the collection.

Real excitement had come from Linda Richards after she retired from the Winlock School District and the two of them began to hit local garage sales looking for artifacts to add to the collection. Roy has continued to add to the assortment in the years since Linda Richards passed due to a long battle with cancer.

Roy Richards told some visitors Saturday of how his wife and former teacher was instrumental in getting school groups from Winlock-Miller Elementary to visit the museum.

The Renegade Rooster tends to be a busy place during Egg Days but it is not the local residents that form the crowd. "We get more people from out of town than I do in town," says Richards.

"A lot of people come for genealogy information." Richards himself descends from the local Schaer family, who homesteaded northwest of Winlock. "The homestead is still in the family and it is part of the reason for this museum," he said. 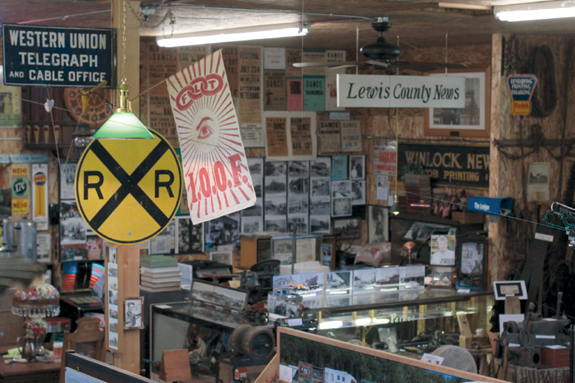 A look across the Renegade Rooster Museum in Winlock. 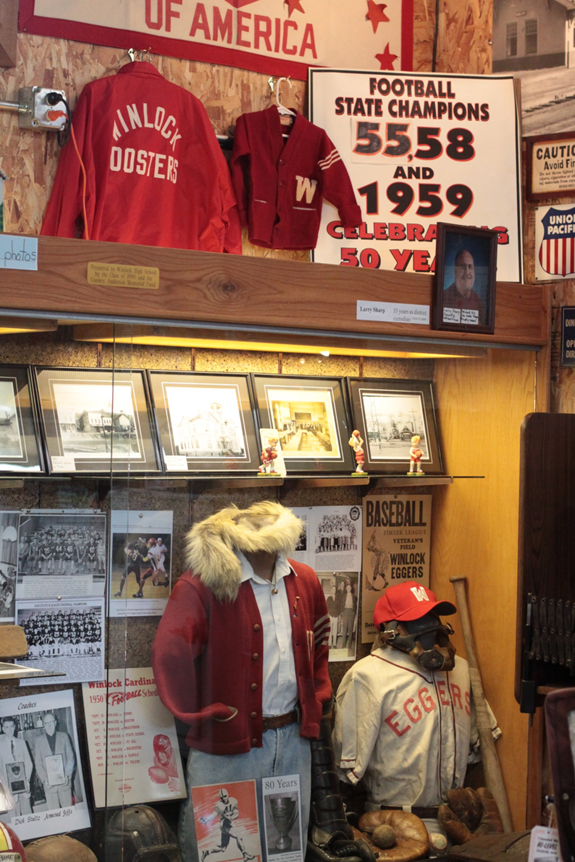 An entire corner is dedicated to the history of Winlock sports at the Renegade Rooster. 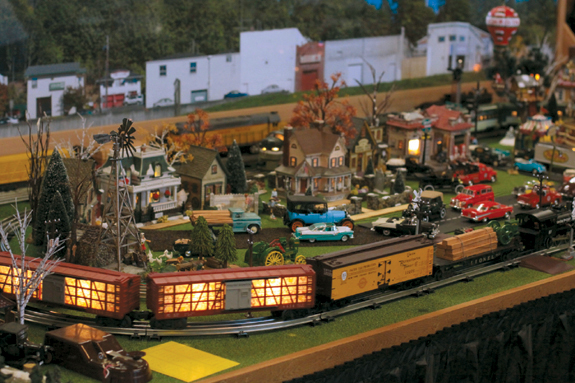 Richards shows off his Lionel model railroad at the Renegade Rooster Museum. 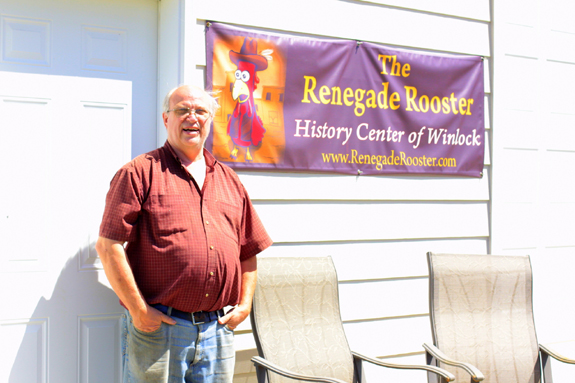 Roy Richards stands at the door of his beloved collection of Winlock history items at the Renegade Rooster Museum in Winlock.