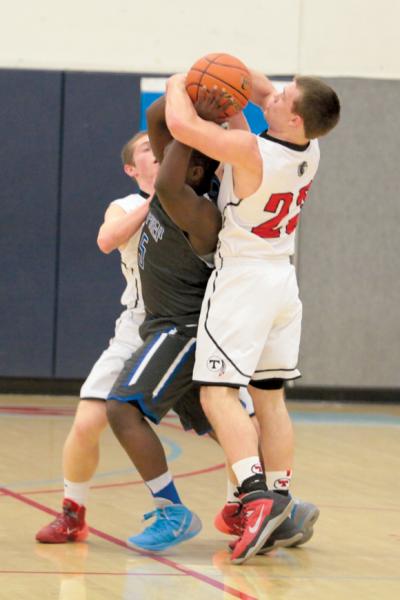 Few believed that they would get this far, but we have seen this before. A year ago, in the same Mark Morris gym, Winlock took a seventh place finish to the elite eight in Spokane, now the Indians take their shot in Yakima after eliminating University Prep 50-40 in a WIAA State Regional contest.

“It is so hard. You watch them on video and they are tall and they are long,” said Toledo Head Coach Scott Merizoain. “They got a kid that can shoot threes and we are not very tall and not very long.”

This victory was nearly dominant, but on paper it appears that the Indians held on by a thread. Brent Wood and Grant McEwen scored 39 of Toledo's 50 points, but this conquest was clearly earned by a team.

The Pumas came out initially and showed their game plan. Feed it to the bigs and let them go to work on the much smaller Indians for point-blank or mid-range jump shots.

“We took it away,” said Merzoian. “That is the good thing about this team.”

“We held off on three-point shooters that weren't really moving a lot,” said Toledo's only big man Donevin Merely. “We tightened it up inside.”

All throughout the second half, UPrep was throwing up ugly three point attempts and occasionally getting a slashing lay-in as Toledo had an occasional defensive breakdown.  It was barely enough to keep the Pumas alive.

In the meantime, the offensive game ran through the hands of Brent Wood. He wowed the crowd with seven three pointers and even after defensive adjustments, his shooting and ball handling dismantled the Pumas with 24 points.

“We wanted to get into the defensive perspective first,” said Wood. “Then we wanted to focus on offense and just execute. Donevin [Merley] and whoever their big guy was on would set a screen for me so I would go off that and I was able to do something with their big guy [on the switch]. I was able to get a few shots off.”

The other offensive cog for the Indians took what the defense gave. McEwen is now legendary for the number of double-doubles that he has earned this season and this game was no exception with 15 points and 10 rebounds. A slashing drive, a mid-range jumper, the offensive put-back and the three-point jumper are all a part of his repertoire. He often gets lost in the muddle but when found late, is devastating.

“When you have guys like Brent and Grant, we can be in every game," compliments Coach Merzoian. “I can't say enough good things about Kreed [Askin] or Forrest [Wallace] and Donevin had another big game for us.”

Toledo has won six games in a row and are feeling very confident.

With this regional victory, Toledo now has a 9 a.m. appointment with Seattle Academy on the floor of the Yakima Sundome Thursday.

If the Indians win, they will play a semi-final match against 12-11 Cascade Christian or 24-0 Zillah at 3:45 p.m. on Friday and a loss would land them in a loser-out game at 9 a.m. Friday morning against the loser of that match-up. 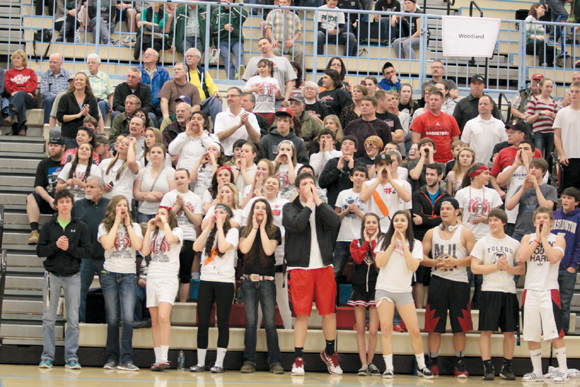 The Toledo student section on one side the rest of entire Indian fan base on the other, the Mark Morris gym was an intimidating place for University Prep during their WIAA Regional match-up on Friday.