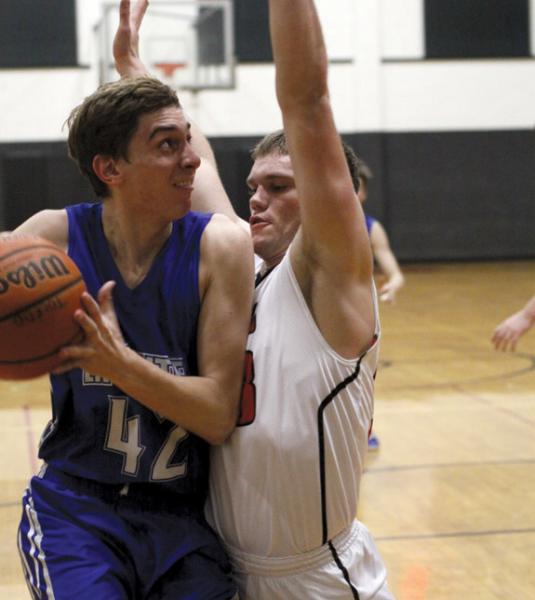 It is hard to tell a coach that two of his team's most important games come in the first two games of the year.

Toledo dropped the first test to Woodland, but in the latest game, managed to hold off La Center 45-44 in early season Trico League play.

Clearly it was the Toledo defense and perhaps a little poor shooting by the Wildcats that contributed to the win. The Indians held a team that has been averaging 69 points a game to just 44. Pretty good work for a young team.

The Wildcats scrounged for a 25-21 halftime lead and looked to be out playing the Indians, especially on the defensive side of the ball.

"La Center is pretty good. They are athletic and they take up a lot of space," said Toledo Head Coach Scott Merzoian. "They can drive, they can shoot the three. You kind of have to pick your poison. Fortunately, they didn't shoot the three very well. I know at their place, they will destroy teams."

Halftime in the Toledo locker room was a lesson in recognizing defenses.

"The adjustment was trying to get the kids to settle down because what they were doing was switching their defenses up, and we weren't really adjusting to that," said Merzoian.

The Indians came out on a 15-2 run in the third quarter and for about six minutes took total control of the game. Forrest Wallace hit two threes and then Brent Wood added another and the Wildcats had to defend the outside as well as the inside. That left the crafty Grant McEwen to do some damage in the paint.

By far, it was Forest Wallace who made a huge impact on the game. He shot for 17 points, but his fundamentals were what really frustrated La Center.

"In the first half he had three block outs where they had fouls coming over his back," said Merzoian. "That kind of sets the tone where they are not just going to come in here and do whatever they want against smaller guys. That also energizes the rest of the team. He frustrated them and then he was a big producer for us on the offensive end."

"I am really good at knowing how to draw the foul, especially when I don't have the ball," he said.

After falling behind by as many as nine points in the 3rd quarter, the Wildcats fought back and could win with thirty seconds to go if they just hit a shot. They had four attempts, winning the frantic rebounding battle but none of their desperate shots could penetrate the rim and the Indians held on for the all-important victory.

So far in the Trico, Woodland, La Center, Castle Rock and Toledo appear to have emerge as the teams to beat.

Just how important this win was may only come to light fifteen games from now. 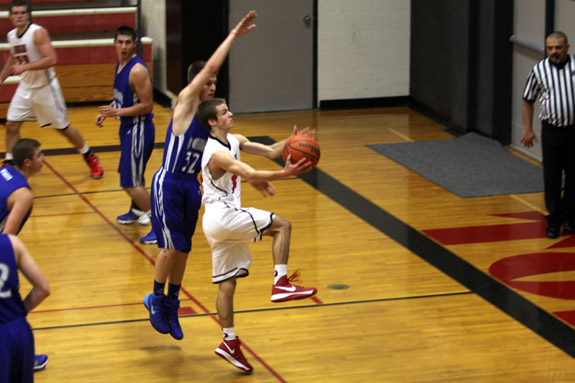 Forrest Wallace (center) puts up a break-away lay-up against the Wildcats for two of his 17 points. 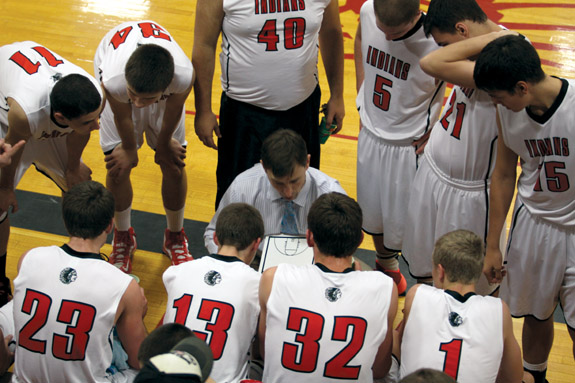 The Toledo basketball team takes instructions from Head Coach Scot Merzoian (center) during a time out in their game against La Center.