Two deceased in 3 car wreck on I-5 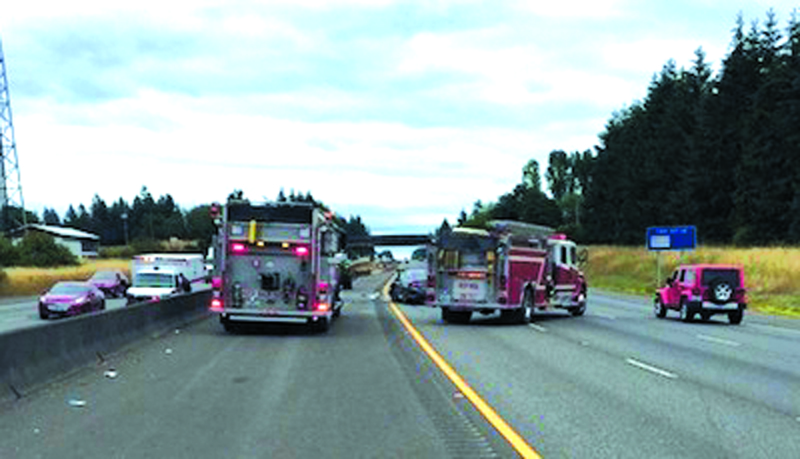 Jody M. Bagnariol, a 63 year old Hillsboro OR woman and her passenger Elisabeth R. Rudolph, a 50 year old Seattle woman, had to be airlifted on LifeFlight to Peace Health Southwest Medical Center in Vancouver after their Ford Focus was sandwiched between two cars in a rear-end collision.

The collision took place around Exit 68 of southbound I-5 on Saturday at 7:39 pm.

State troopers called to the scene noticed right away all three vehicles were totaled.

The Focus was stopped behind a pickup truck due to traffic. While stopped, a 21 year-old woman, Ashley M. Smith of Centralia, rear ended the Focus causing it to also hit the pickup truck. Smith, who was driving a Honda Civic, was transported to Providence Centralia Hospital with unspecified injuries.

The driver and the passenger of the Focus also had unspecified injuries. The driver of the pickup truck was unharmed.

Rudolph was declared deceased on Sunday July 17 at 7:16 am.

The cause of the accident is under investigation and the charges are pending.