Vader May Day brings in the fun 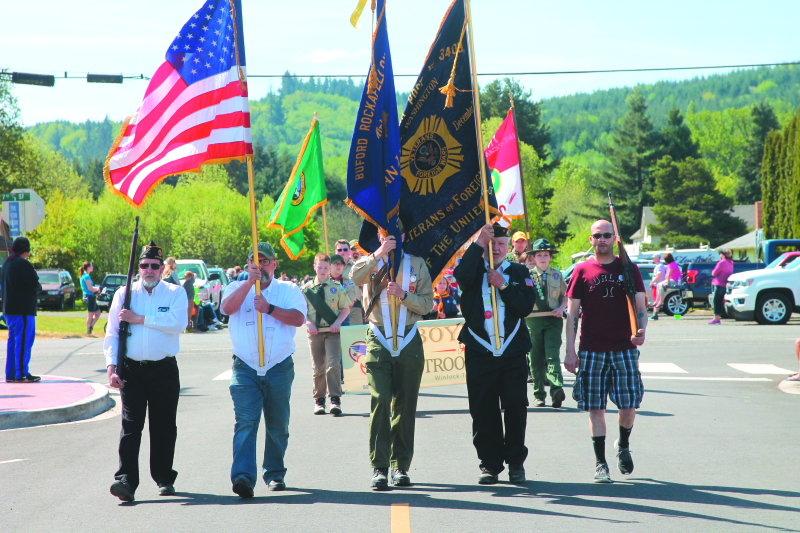 Color Guard at the Vader May Day Parade.

Vader May Day was a huge success this past weekend, several hundred people came from all over to watch and participate in the parade and events over the weekend. The event was larger than last year with more activities throughout the day.

The day started with breakfast at either the Masonic Lodge or The Little Crane, many who got there early before the parade had even set up.

The parade started with the Color Guard from the Winlock VFW group, followed by fire trucks, floats, the Grand Marshals, beautiful horses, many vehicles and cars from the Cowlitz Model T club. The parade was a mix of everything good about the area.

After the parade, there were events throughout the area. They had hula dancers, The Little Crane hosted food by donation and a cake walk. There was something for everyone to do.

For the first time, Vader May Day had a beer garden and live music, which was featured later. It was a great day, the weather could not have been better and everyone was having a great time.

As the theme said, "May the Fourth be with you" and the fourth was definitely with everyone who attended.