Vader rounds out council vacancies with appointment of Mark Fenison 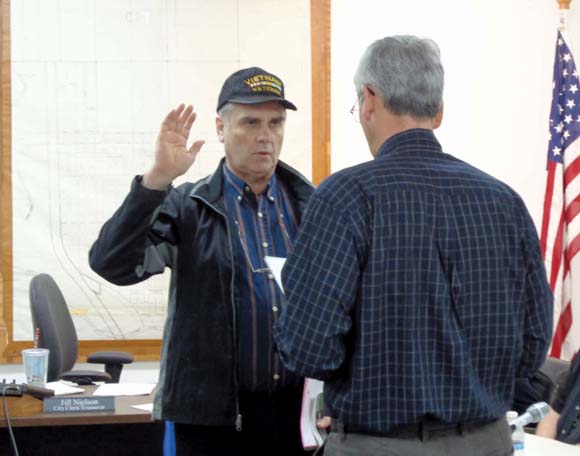 Mark Fenison, a 15-year resident of Vader and political novice, was appointed Thursday amid a potential appointee pool including residents Talila Olson and Matthew Allison. Fenison’s appointment was approved in a 3-1 vote, with Council Member Andy Wilson supporting Olson instead.

Fenison joins resident Justin Olson in filling the seats vacated by former council members Janet Charlton, who resigned Feb. 6, and Linda Newton, who resigned Feb. 13. Both former members have said they left due to what they feel is an attitude of back-door politics in City Hall, and both took exception to the appointment of Justin Olson on Feb. 13 as he is the son-in-law of Council Member Kevin Flynn.

Flynn has since stated he feels disappointed in the way Vader is being criticized by its former officials, stating this "black eye" on the community undoes a great deal of effort to restore Vader's struggling reputation. He also noted the media coverage that has resulted from Charlton’s and Newton’s criticisms, which has included newspaper and radio reports, and said he hopes such debates can die down so Vader can get back to business.

There was no discussion of the criticisms during Thursday’s meeting, either by officials or residents, though Mayor Ken Smith did remark on the quality of the “yes men” now serving on the council, referencing criticisms by Newton in which she accused Smith of desiring to eliminate political opposition on the council.

Smith has continued to assert the accusations against his administration, which include cronyism, an unwillingness to share public information, and bully tactics, are baseless and can be dismissed by an examination of his record in office.

Both Olson's and Fenison's terms as council appointees will expire after the November General Election can be held for residents to fill the positions by a vote, and those who win the election will assume their positions on the council at the end of this year.