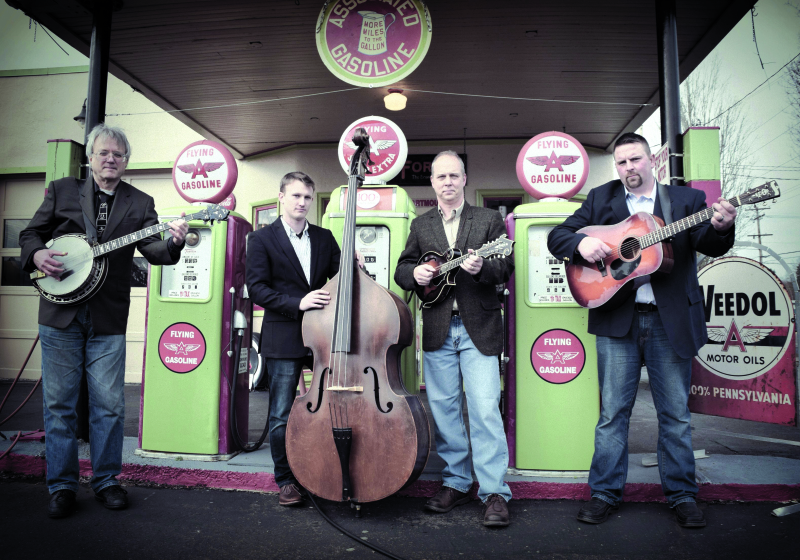 The Washington Bluegrass Association will hold its second concert at the Veterans Memorial Museum in Chehalis on Saturday, April 23 at 7:00PM. The Grass Station of Portland will be live onstage with special guest fiddler Martin Stevens.

The Grass Station is headed by veteran banjo player Peter Schwimmer, who has performed onstage or in the studio with such noted bluegrass artists as Del McCoury, Jack Cooke, Mark O'Connor, Vasser Clements and James King, who has performed at the WBA's Mount St. Helen's Bluegrass Festival in Toledo. Schwimmer has also been a member of legendary Portland band Sam Hill, as has Grass Station mandolinist/vocalist Jeff Smith. Bass player Josh Adkins is a past member of the Bluegrass Regulators, a highly-regarded group of young musicians from Oregon and Washington; while guitarist/vocalist Jered Widman started playing fiddle at age four and has gone on to perform with several bluegrass and country bands in Oregon.

Special guest fiddler Martin Stevens has been a bandmate of Adkins' with the Bluegrass Regulators the past several years, but his career goes back to age five when he began playing fiddle and subsequently added mandolin and guitar to his repertoire. Stevens won his age group at the Washington State Fiddle Contest as a youngster and has had a pair of Top Five finishes at the national level. He's also recorded and toured with nationally-respected artist Dan Crary, who appeared at Toledo in the 1990's.

WBA Board member Jamie Guenther says, "It took us a while to find a band that brings the kind of quality music to these shows at the Vet because most of the good ones are booked solid. We lucked out in bringing The Grass Station to Chehalis because their musicianship is excellent across the board and when we learned they had an opening for April 23, we jumped on it before someone else signed them first. This will be a very good show."

Guenther, a Napavine native, says the WBA is hoping to build on the success of their sold-outFebruary concert featuring Whiskey Deaf. "We were flying by the seat of our pants a little because this was our first time at the Museum. It ended up being a great concert and we've had a ton of positive feedback. Some new equipment has been purchased to make it a better experience for performers and the audience alike and Chip Duncan at the Museum has been a great partner. This is all still new, but I like where it's going."