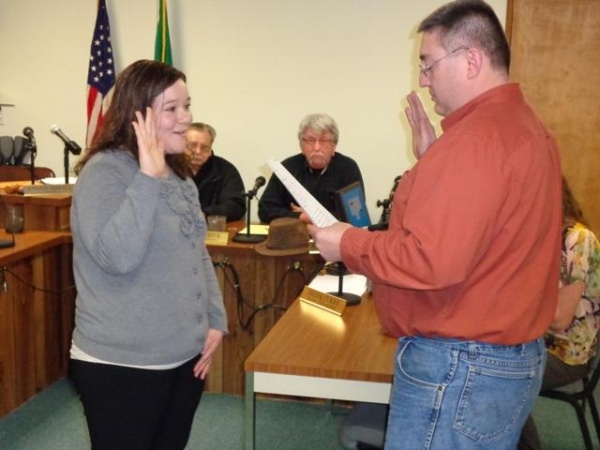 A 25-year resident of the city and para-educator for Winlock Middle School, Gifford had been considered for appointment March 10 among applicants such as former mayor Don Bradshaw, former mayor Glen Cook, and Green herself, who had applied for her old position shortly after resigning.

Green was notably absent from the council meeting, with City Clerk Theda Curry stating Green had previously informed them of her intention not to attend, though without giving a reason why. Green has not responded to requests for comment from this newspaper.

During the interviews, Gifford spoke of her desire to see Winlock unite as a community in order to overcome the adversities in front of the city.

"I’m ready to see Winlock become bigger and stronger and everybody working together," she said, stating she feels the city can only succeed if residents work as one. "It can’t be just us [city officials], it has to be everybody."

She also mentioned her involvement as a Vice President for the Winlock Girl’s Fastpitch Association, and said she hopes she can bring some new perspective to the council.

While nominating Gifford, Council Member Aaron Mummert stated the council had made their selection "because of the way the citizens of this city have voted in the last election," indicating Bradshaw’s loss in the race for Mayor and Cook’s loss the race for Council Position 5 during the Nov. 5 General Election.

After Gifford was officially sworn in, the council nominated a new Mayor Pro Tem, as Green had previously held the position, and selected Council Member Barbara Pedersen.

Gifford will now serve until a new council member can be chosen during the Nov. 4 General Election, and will retain the right to run herself if she chooses to maintain her position.